Those who purchase on PlayStation 4 can upgrade to the PS5 version at no extra cost. A new trailer is also available, showcasing various characters.

The upcoming strategy RPG shows off plenty of combat gameplay.

Disgaea 6: Defiance of Destiny Trailer is Full of Action and Characters

A demo is currently available for PS4 and Switch in Japan.

The publication reports 30 hours to clear the game and over 200 hours of additional activities.

Over 6 minutes of footage from the upcoming RPG.

The concept of Super Reincarnation is also somewhat explained. 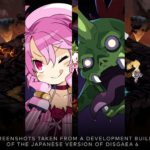 Disgaea 6: Defiance of Destiny Coming to Switch in Summer 2021