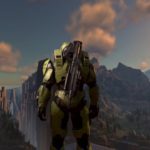 Xbox Game Pass Ultimate subscribers will be able to play Gen 9 titles on Xbox One, or jump straight in without downloads on Xbox Series X/S.

Age of Empires 4 “Hands on History” Video Details the Trebuchet

Fans of the Age of Empires series are also advised to stay tuned for more news tomorrow at Gamescom Opening Night Live at 11 AM PST.

Use the new Vault Kick to leap off of enemies and follow-up with vicious attacks. Various sights and sounds of The City can also be seen.

The show will provide "updates on some of the biggest games coming to Xbox" along with news on future Xbox Game Pass titles.

Geoff Keighley confirms that the first playthrough of one of the levels from the shooter's campaign will debut at the show on August 25.

Lead game designer Tymon Smektala will be on hand to provide new information on combat and parkour along with new gameplay.

Microsoft promises updates for first part and third party games coming to Xbox this Holiday and beyond.