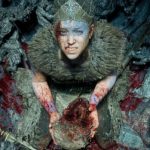 4K resolution and HDR support immerse you further in the nightmare.

Hellblade: Senua’s Sacrifice Releases on April 11th for Xbox One

Xbox One X support will include three different modes.

Horizon: Zero Dawn and The Legend of Zelda: Breath of the Wild follow. 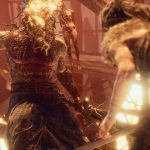 The game is now selling at a profit for Ninja Theory ahead of its expectations.

Hellblade: Senua’s Sacrifice Close to Breaking Even “In Next Couple of Weeks”

The studio estimated breaking even within "six, eight, nine months" but it will happen a lot sooner. 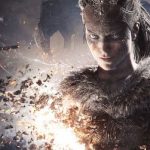 Hellblade Gets New Trailer, With Messages By Fans To Ninja Theory

The power of video games as a storytelling medium. 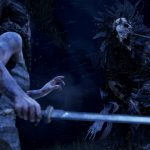 Ninja Theory's newest game is marvellous to look at.

Ninja Theory's action adventure is unsettling but emotionally involving despite some straightforward gameplay.

Hellblade: Senua’s Sacrifice Gets Final Developer Diary Ahead Of Release

Hellblade Dynamically Scales Between 1080p and 1440p on PS4 Pro

Framerate was prioritized in this case, which is not something I can take much issue with.

An exploration of mental health in a video game certainly sounds intriguing...

Hellblade: Senua’s Sacrifice Gameplay Video is All About Fire

Senua undertakes a perilous journey through a burning village.

The beauty of the human mind.