Nintendo NX’s Concept To Be Revealed During May-June, Releasing By The Year’s End – Analyst

Nintendo won't be rushing it to the market though.

The Japanese home console market will rebound with the release of the NX, Tecmo believes.

Nintendo NX Will Have A Brand New Concept – Nintendo President

Still no specifics but at least the firm is talking about the console.

Nintendo NX: The Console Does Not Need To Copy PS4/Xbox One To Be Successful

Analyst believes 3DS and Wii success shows Nintendo can go its own and still be successful.

Is This The Nintendo NX’s Controller?

GamingBolt's Pramath Parijat does a full analysis of everything we know of the NX so far, and arrives at a final picture of what Nintendo's next console might be. 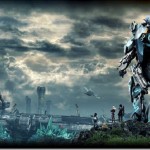 The detachable device has a number of different implications.

Anything else would be them abandoning their fans, they think.

Michael Pachter doesn't seem to be giving it a great chance.

Pachter doesn't believe Nintendo will leave the console business altogether even if it doesn't hit that mark.

Nintendo NX Will Feature More Aggressive Use of IP

Meanwhile, its mobile games aren't quite ready to get off the ground. 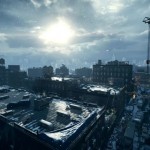 Here are some of the most exciting open world games coming out in 2016 and beyond.

Will EA return to Nintendo, after abandoning them with the Wii U?

Microsoft: We Will React to the Nintendo NX When We Know More

'Nintendo has always been innovative.'