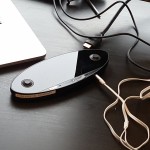 Back to square one...

"I think Nintendo is here to stay as a hardware developer."

It looks pretty, but there are definitely issues.

Nintendo Will Spill The Beans On NX Before E3 – Insider

The insider claiming this is one who predicted Pokemon Black and White.

NX: Nintendo Does Not Confirm Or Deny Whether The Leaked Controller Images Were Real

Nintendo NX’s Controller May Have Been Leaked

What in the world is this thing? 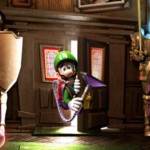 No confirmation from Nintendo just yet.

The new console may be able to measure distance and recognize gestures.

Nintendo NX Is Not Going To Be Very Good, Will Be Backward Looking Technology – Michael Pachter

'Players will be surprised.'

Looks like Activision are going all in on the NX too, the this rumor is to be believed.

Looks like there may be some truth to the rumor after all.

GamingBolt's Shubhankar Parijat argues that this gen has been nothing but mechanical iteration over the previous one and how Nintendo's NX could possibly make a difference.

This could give a big boost to NX if true.

Nintendo NX: Manufacturer Foxconn Anticipating A Lot Of Activity In The Second Half of 2016

Thanks to the NX, and the iPhone 7.

No information on Nintendo's mobile games either.

Nintendo NX Is Possibly Close To Xbox One In Terms of Power, Easy To Develop – Rumor

A new report claims that Nintendo's next console will be fairly powerful.