WWE ’12 WrestleMania Edition Announced For European Markets, Will Release This May

THQ announced development of the WWE '12 WrestleMania Edition, a complement to the November 2011 release in the company's WWE flagship videogame franchise. In addition to the complete WWE '12 offe... Read More

Wrestling games in the past have either veered on the sublime or ridiculous – much like the television shows. A fighting title is only as good as its myriad moves and combos, the catalogue of varied... Read More

e-xpress has announced the promotional event of WWE12 with “The Great Khali”. Be there to witness the Event and get a chance to meet “The Great Khali”,click Pictures, take autographs w... Read More

[HTML1] THQ has released a launch trailer for their upcoming fighter, WWE 12, ahead of its release. Gameplay looks amazing, definitely something that might interest those who have stuck with the se... Read More 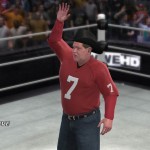 [HTML1] Check out this new trailer from WWE'12 showing Mick Foley in action. WWE' 12 is coming out this November for the PlayStation 3, Xbox 360, 3DS, PS3 and Wii. The game is published by THQ a... Read More 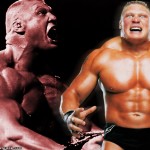 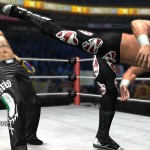 Check out these new screenshots and artworks from WWE '12 . WWE '12 will feature the franchise's best-in-class creation suite, enabling players to develop and customize their own Superstars, entran... Read More 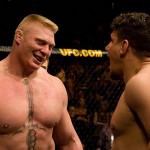 Brock Lesnar is in a contract with UFC. So when the news broke out that he was going to be in a WWE videogame, people were skeptical and thought, "Maybe, he want's to wrestle in the WWE!" That's ... Read More 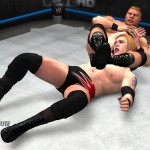 See Brock Lesnar In Action In These New WWE 12 Screens

Check out these new screens from WWE 12 which shows the legendary Brock Lesnar in action. WWE '12 will feature the franchise's best-in-class creation suite, enabling players to develop and customiz... Read More

[HTML1] Brock Lesnar, who was a legend in the WWE, will be playable in WWE 12. I don't know about you guys, but he is my favourite wrestler. This news is surprising because Lesnar left the WWE in 2... Read More

Check out these new screenshots from WWE '12. This game is published by THQ and is expected to be released by November. This game will release on 3DS, PS3, Wii and X360. WrestleMania Mode wil... Read More

Check out these  new box art from WWE '12,this game is published by THQ and is expected to be released by this November on 3DS, PS3, Wii, X360. WWE '12 will feature the franchise's best-in-class c... Read More

THQ has revealed WWE '12 roster and modes at their official website. Create--a-arena is in, along with 50 CAW slots. Check out the entire roster below: Raw: John Cena John Morrison Kofi... Read More

THQ has revealed the full character roster for their upcoming 2012 WWE game, titled this time as not Smackdown vs RAW, rather simply WWE 12. The confirmed characters to be featured in the game are ... Read More

[HTML1] THQ have revealed the next WWE game, titled WWE 12 rather than Smackdown vs. Raw. The publisher promises a full reboot of the series with "the most realistic WWE action ever". The ful... Read More