The RPG leads the charge this month in Microsoft’s subscription service.

Microsoft’s Game Pass service is continuing on, bringing with it more and more games for those who subscribe. Of course, October is going to be no exception, as a new batch of titles is primed and ready to go. The game undoubtedly leading the charge is the brand new RPG, The Outer Worlds.

The list this month is populated by quite the variety of titles, from the open world title Saints Row IV: Re-elected to the fast-paced racing sim F1 2018. It’s got plenty of smaller scale titles too, with the likes of State of Mind, Minit, Stellaris, and Lonely Mountains: Downhill. But it’s hard not to see the shining star as The Outer Worlds, which will release day and date on Game Pass with the game’s full-priced physical/digital release.

As of now there’s no confirmed dates for when the games will roll out, outside The Outer Worlds being said to be day and date with the full release on October 25th. Keep your eyes peeled for those dates. 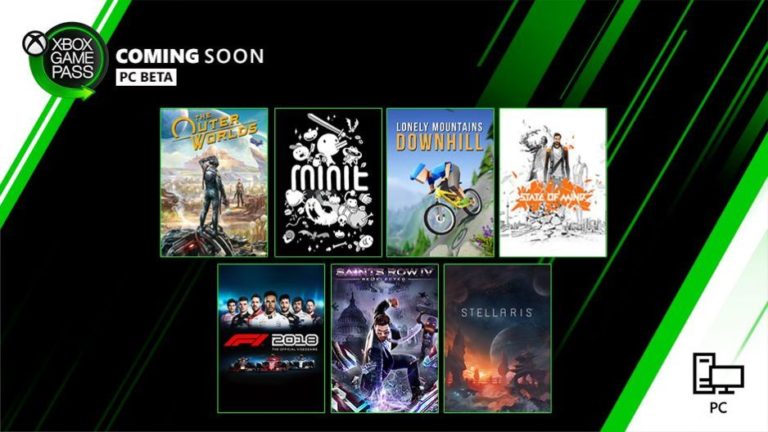