Could September be getting even more crowded?

September is already a very crowded month for Switch users. Not only do we have the latest Zelda remake, we have the enhanced re-release of Dragon Quest XI S, not to mention the mecha action title, Daemon X Machina (this isn’t even counting other third party releases). It’s a wild time, because it could be getting even more packed for the hybrid if a recent retailer leak is true.

We know the Switch version of The Witcher 3: Wild Hunt has been slated to come out this year. We’ve reported on several aspects of it, including what developer Saber Interactive found to be the most surprising challenge of the port. As far as the exact date, we’ve been in the dark. But a Czech retailer may have spilled the beans when they let a listing go live that showed September 24th, 2019 as the release date. It’s since been changed back to 2019, but the internet never forgets, and you can see the potential mistake below.

September is pretty loaded, but we are running out of year here, so it’s entirely possible that’s where it’ll end up. Either way, The Witcher 3 is slated to hit the Switch sometime this year. You can take a look at some screenshots to get an idea of what the game will look like in the meantime, and what physical buyers get with the package. 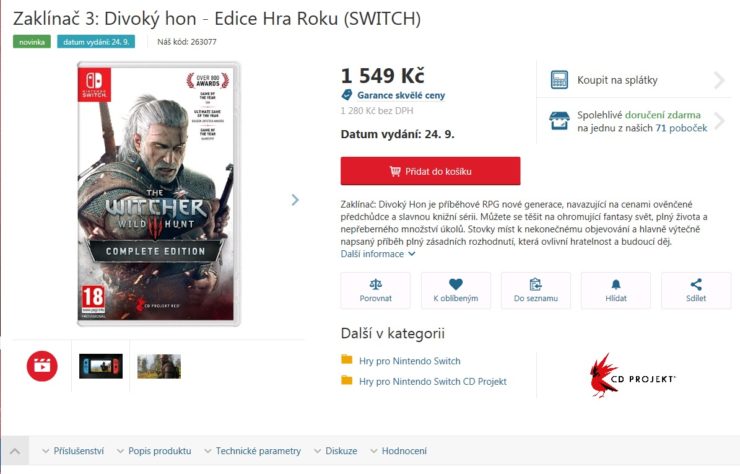