The Astronauts' dark shooter seems to have an RPG-lite bent. 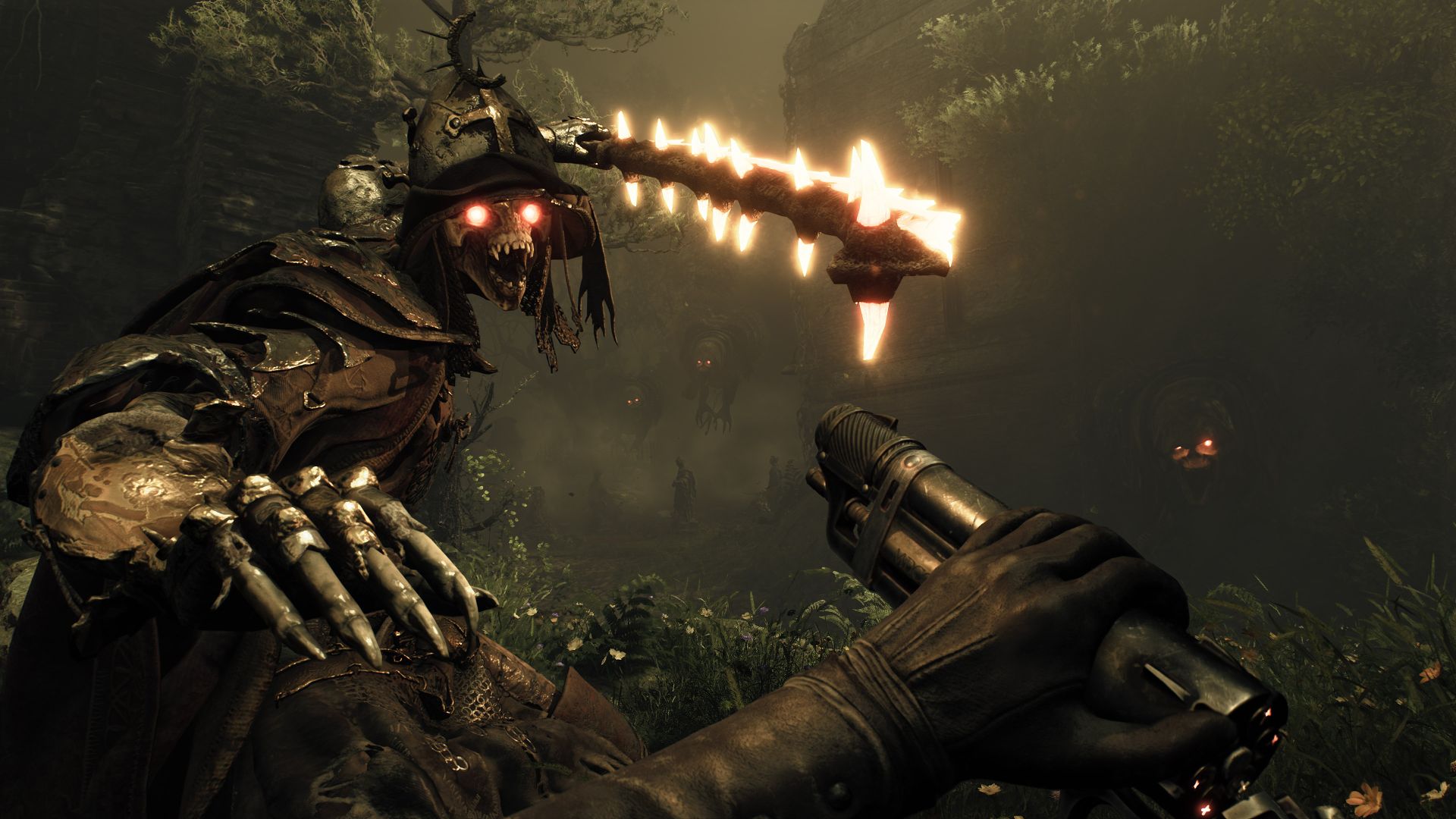 The Astronauts’ Witchfire, a dark first person shooter reminiscent of the Painkiller series, has been keeping a low profile since its announcement. That doesn’t mean the developer isn’t churning out updates. However, it’s latest internal demo is perhaps the most interesting due to its damage numbers and enemy health bars.

Along with the UI being in place, the visuals also seem more colorful. The response to this has been somewhat mixed but the developer actually replied to a comment for the demo, addressing certain aspects. It noted that there the “happy and bright” colors were simply used for the moment before focusing on the “proper ‘dark’ atmosphere when Unreal Engine 4.24 comes out (it has a completely new lighting model, so it’d just be a waste of time to play with it now).”

Other issues like “knights are too small and move too slowly, HUD is already outdated, etc.” abound but it’s the teaser video remains the studio’s target. “Not that the game will all take place in a gloomy sandstorm, but that it is a DARK FANTASY shooter. Stick with us for a while, and you’ll see how it all progresses towards that goal.”

As for health bars and damage numbers, those are “Here to stay. They’re in every Soulsborne ever made and no one can say they ruined the mood. They offer a gameplay information (like your gun’s damage fall off or which target to prioritize) we feel is important to decision making. Having said that, you will be able to turn it all off in the menu, and we also have a couple of surprises in store, too.” The pertinent question as to whether Witchfire has become a looter shooter or not is slightly less complicated.

“It’s not possible to answer this with a simple yes or no (e.g. the ‘looter shooter’ term itself means different things to different people), so we guess we know the subject of our next blog/dev-diary update. If you need a quick and dirty answer now, then no, we don’t call it that, as in our heads the core value of the game is the challenge it offers, and the loot – that does exist – is merely a tool.”

Regardless, it still seems like a while before Witchfire’s release. A lot could and will change before then so we’ll just have to follow along. Stay tuned for more details in the meantime.