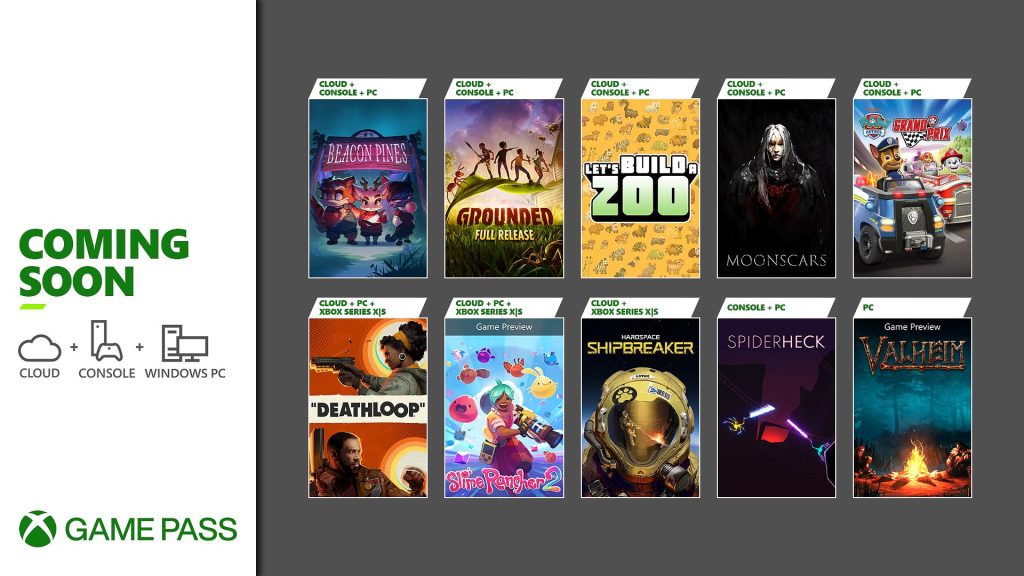 Microsoft has revealed the second batch of games that will be added to the Game Pass library across platformers over the course of the remainder of September 2022, and there’s quite a few heavy-hitters in there.

The biggest game of the bunch is Arkane Studios’ first person shooter Deathloop, which launches for Xbox now that its PlayStation exclusivity deal is over. The game is available for Game Pass today on PC, console, and cloud. Also available today is Hardspace: Shipbreaker for cloud and Xbox Series X/S.

September 22 will bring another three games to the service, with Slime Rancher 2 launching in early access for cloud, PC, and Xbox Series X/S, alongside SpiderHeck (for console and PC) and Beacon Pines (for cloud, console, and PC).

September 27 will see the long-awaited 1.0 launch for Obsidian Entertainment’s Grounded for cloud, console, and PC, as well as Moonscars for the same platforms. On September 29, another major survival game will become available for Game Pass on PC with Valheim, while Let’s Build a Zoo will join the service’s catalog on cloud, console, and PC.

You can check out the full list of games added to Game Pass as part of the first wave for September 2022 through here.