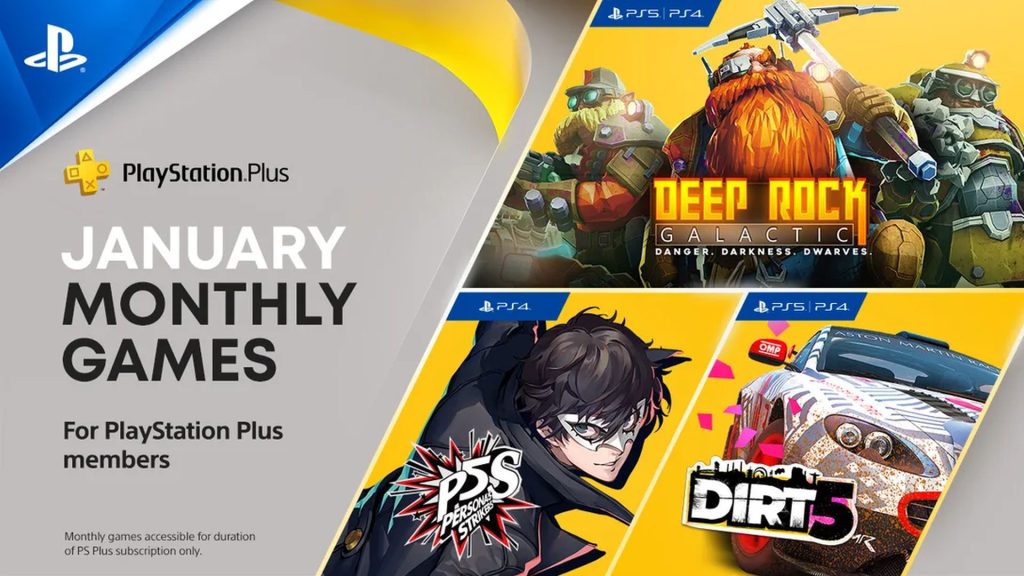 Sony has confirmed its free offerings for PlayStation Plus in January 2022, which become available tomorrow. As rumored, these include Deep Rock Galactic, DiRT 5 and Persona 5 Strikers. The latter is only for PS4 players while the former two support both PS4 and PS5.

Previously available for PC and Xbox platforms, Deep Rock Galactic is a co-op first person shooter that sees space Dwarves venturing to hostile planets and excavating materials. Areas are procedurally generated and rife with deadly monsters, each with their own unique strengths and weaknesses. PlayStation players will have access to the full game along with Season 1 and its free Battle Pass (Season 2 arrives in March/April 2022).

DiRT 5 is Codemasters’ most recent entry in the franchise and features 10 locations from around the world with more than 70 routes, numerous vehicle types and four-player split-screen support. Persona 5 Strikers is a spin-off of Atlus’s acclaimed RPG with the Phantom Thieves venturing to and liberating mysterious Jails in Japan. It offers action RPG-esque, Musou elements but is still a compelling story.

Check out Deep Rock Galactic’s PS4/PS5 launch trailer below to see the game in action.