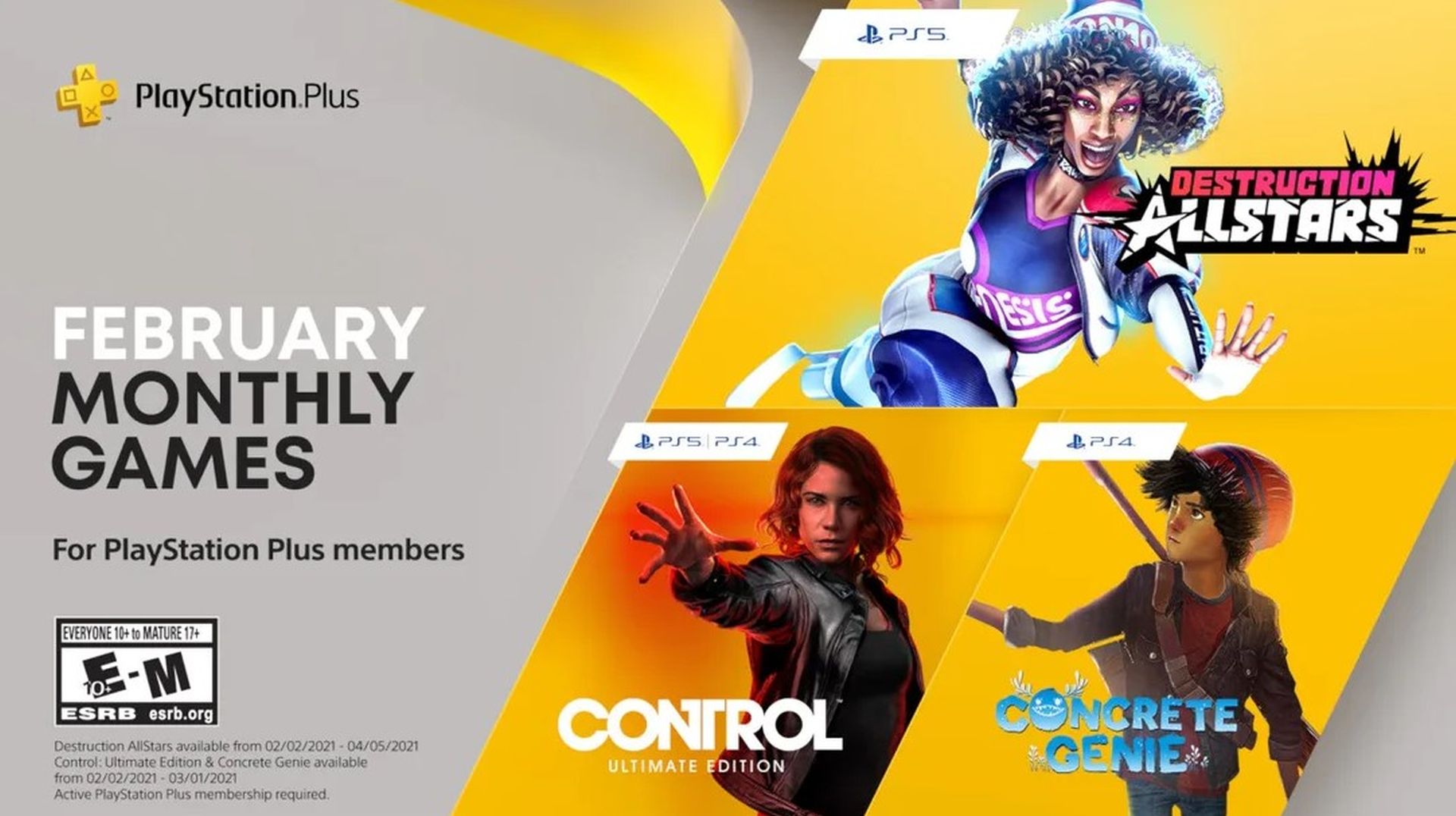 Destruction AllStars received tons of new details recently, from its vehicle types and Hero abilities to Destruction Points and Challenge Series. It will be free for two months on PlayStation Plus and then retail for $70. Control: Ultimate Edition includes the base game and two expansions, The Foundation and AWE, with support for ray-tracing and 60 FPS modes.

Those who play Control: Ultimate Edition on PS4 can transfer their save data over to the PS5 version. However, those who own the base game cannot and even if the expansions were purchased separately, there’s no free upgrade option. All three of the above titles will be available free on PlayStation Plus from February 2nd to March 1st.