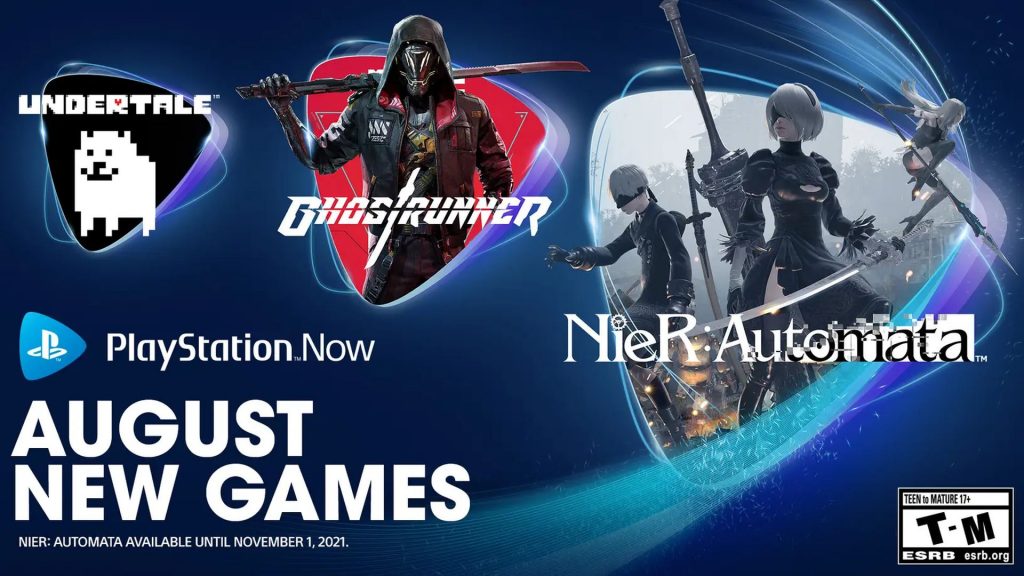 Sony has announced its line-up of PlayStation Now titles for August which go live tomorrow for subscribers. It includes Square Enix’s NieR: Automata, 505 Games’ Ghostrunner and Toby Fox’s Undertale. NieR: Automata will be available until November 1st 2021 while Ghostrunner and Undertale have no date for leaving.

Launched in February 2017 and having passed six million in digital sales and worldwide shipments till date, NieR: Automata is the story of 2B and 9S of YoRHa. The duo battle robots created by alien invaders who have taken over the Earth. However, it’s clear that not everything is as it seems and both start to question the nature of existence itself. Ghostrunner is a first person action platformer which sees Jack, a katana wielding individual, ascending Dharma Tower to liberate the Architect.

With wall-running, grappling and fast-paced OHK combat, the title is an excellent experience for fans of parkour games, cyberpunk adventures and more. As for Undertale, it’s one of the most critically acclaimed RPGs of all time with a human landing in the Underground and meeting various monsters. You can choose not to kill or simply massacre everyone but your choices will have consequences.