Strange things are going down with Don Rumbotico and the Havana Sea Fort. 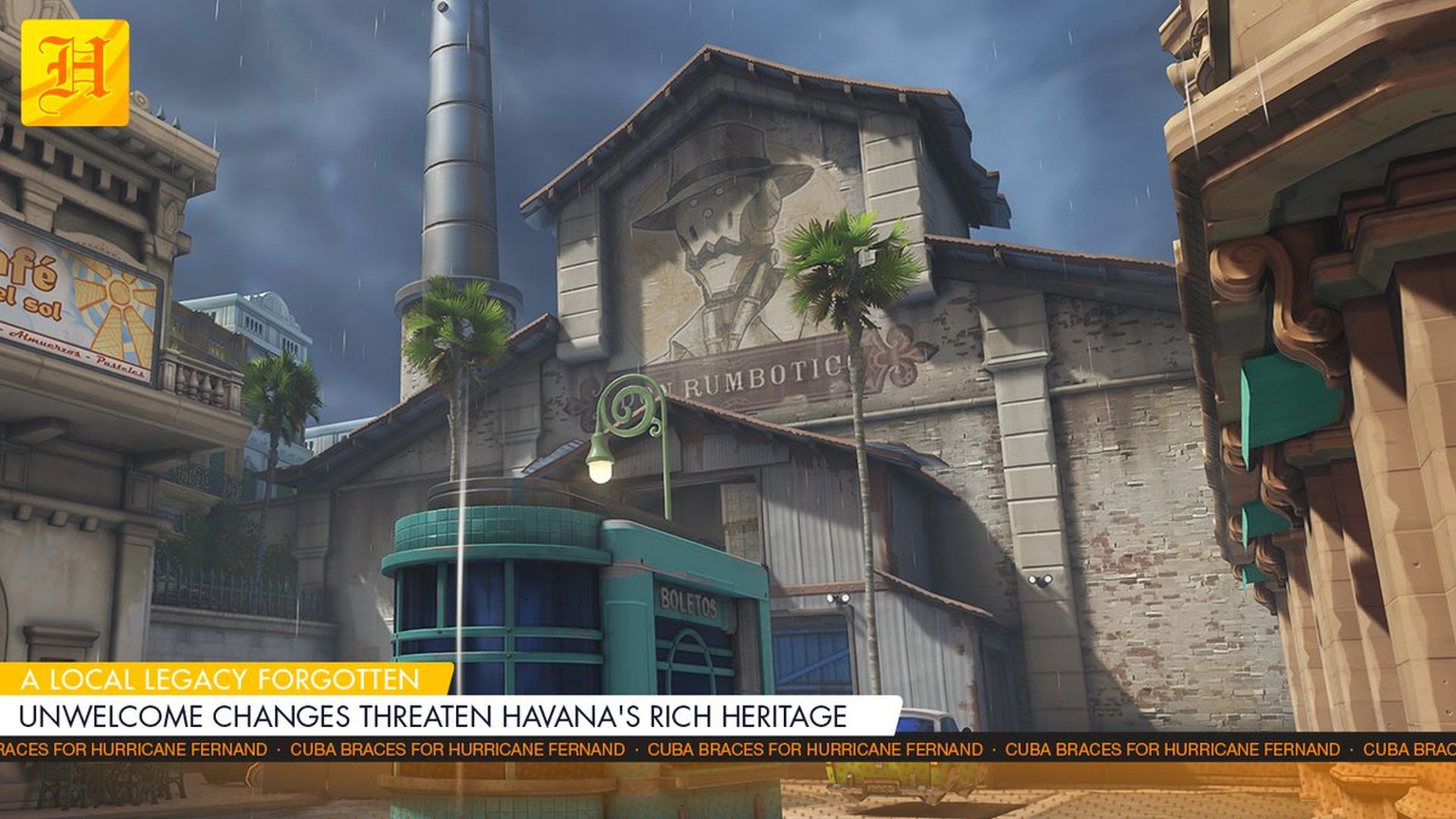 Blizzard Entertainment’s Overwatch has seen a number of updates, new maps, and new heroes added in the past year (not to mention the success of the Overwatch League). Its seasonal events have felt a little dry on content though, with very little new stuff being added. Fortunately, it seems the annual Archives event will fix that problem.

The developer recently shared a newspaper clipping from the game’s universe, discussing changes that have affected Havana. More specifically, changes that have affected Don Rumbotico, a distillery owned by the Diaz family before an “anonymous financial group” came in to purchase it. After some rather shady business, the Diaz family relented and said group also acquired the Havana Sea Fort.

Suffice it to say, this sounds like Talon, the villainous organization that’s opposed to Overwatch. With “security guards” and “unfamiliar helicopters”, it seems there’s more going on than just rum distillery. More details will likely be revealed soon, so stay tuned. Overwatch’s Archives event is currently slated to return later this month.