Instead of another delay to the sequel, Endnight is going with early access for even more items, new mechanics and gameplay balance.

While the blueprints from the original remain, the sequel offers a more realistic and intuitive approach to construction.

Sons of the Forest Has AI Companions That Help with Combat, Building, and More

Players start with Calvin and can issue orders for a variety of tasks. Other AI companions are available, including the cat-like Virginia. 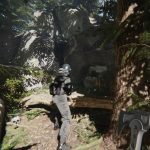 Sons of the Forest Interview – Horror, Combat, Story, and More

Endnight Games speaks with GamingBolt about its upcoming survival title.

Sons of the Forest Delayed Again to February 23rd, 2023

Endnight Games is delaying the survival horror title "one last time" to "complete the polish we feel is needed." It retails for $29.99 at launch.

Fight off mutant cannibals while searching for a missing billionaire on a remote island. Survival through different seasons is also a must.

Sons of the Forest Delayed to October 2022

The initial May 20th date was "overly ambitious," hence the delay in order to "deliver our vision of the next step in survival games."

The follow-up to the survival horror game now gets a new date, after a delay shifted it from its original 2021 plans.

Sons of the Forest Delayed to 2022, New Trailer Coming in “Next Few Weeks”

Endnight Games was "hoping to have the game out this year" but needed more time. A proper release date will be announced in the next trailer.

Sons of the Forest Announced, Sequel to Endnight’s The Forest

The popular survival horror game is getting an interesting sequel. 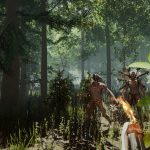 With its PS4 launch, here's hoping it sells many, many more.

Dev Explains Why The Forest Is Currently A PS4 Console Exclusive, Would Love To Bring It To Xbox One

It seems like an Xbox version is not off the table yet.

It is sometimes easy to forget just how accomplished the PS4 Pro is on its own merits. 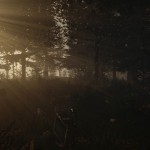 A new hotfix has also gone live in the meantime.

PC Game The Forest Is Being Upgraded To Unity 5 Engine

Run, hide, craft and then run some more.