A new rumour claims that Sony has another major event planned for December, for which it has saved many major upcoming reveals.

PlayStation's most recently acquired first party studio has a lot of experience with VR, but won't necessarily stick to VR development exclusively. 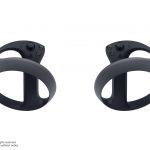 5 Improvements We Want To See With PSVR 2

Sony should take these key steps to make VR an even more integral part of their strategy.

It's currently in the works, but won't be launching this year.

Sony might be looking to make some interesting changes with their next VR headset.

Sony Says it Wants to Make Advancements With PSVR

The company has previously said that it plans to keep investing in VR.

Sony is Working on a Next-Gen VR Headset

VR devs Schell Games speak with GamingBolt about the improvements they hope to see with PSVR 2.

"I'd be very surprised if they didn't continue to support VR," says nDreams' Patrick O'Luanaigh.

Finger tracking and a new design are shown in the new patent.

PSVR 2 Planned For Launch After PS5 Goes On Sale – Rumour

Plans for a next-generation PlayStation VR headset are reportedly underway at Sony.

Sony might have some big improvements planned for PSVR 2.

Sony Sees “No Reason” To Launch PSVR 2 With PS5

Don't expect the next generation console's launch to coincide with the launch of a new PSVR headset.