Well, it looks good, but how does it play?

“Every Generation Has its Constraints” – Ryse: Son of Rome Design Director

PJ Estevez sounds off of the resolution controversies plaguing Ryse.

New Ryse: Son of Rome Trailer Tries To Sell You On Its Combat

Ryse: Son of Rome to Launch Without Online Challenge Editor

Discussions are currently on-going as to when it should be made available. 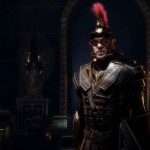 What a surprise, right?

Crytek on Xbox One's ESRAM and custom AA in Ryse.

God of War Dev “Loves Some of the Stuff” in Ryse: Son of Rome – Crytek

This trailer should go a long way towards convincing you. 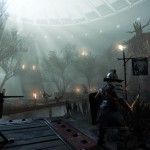