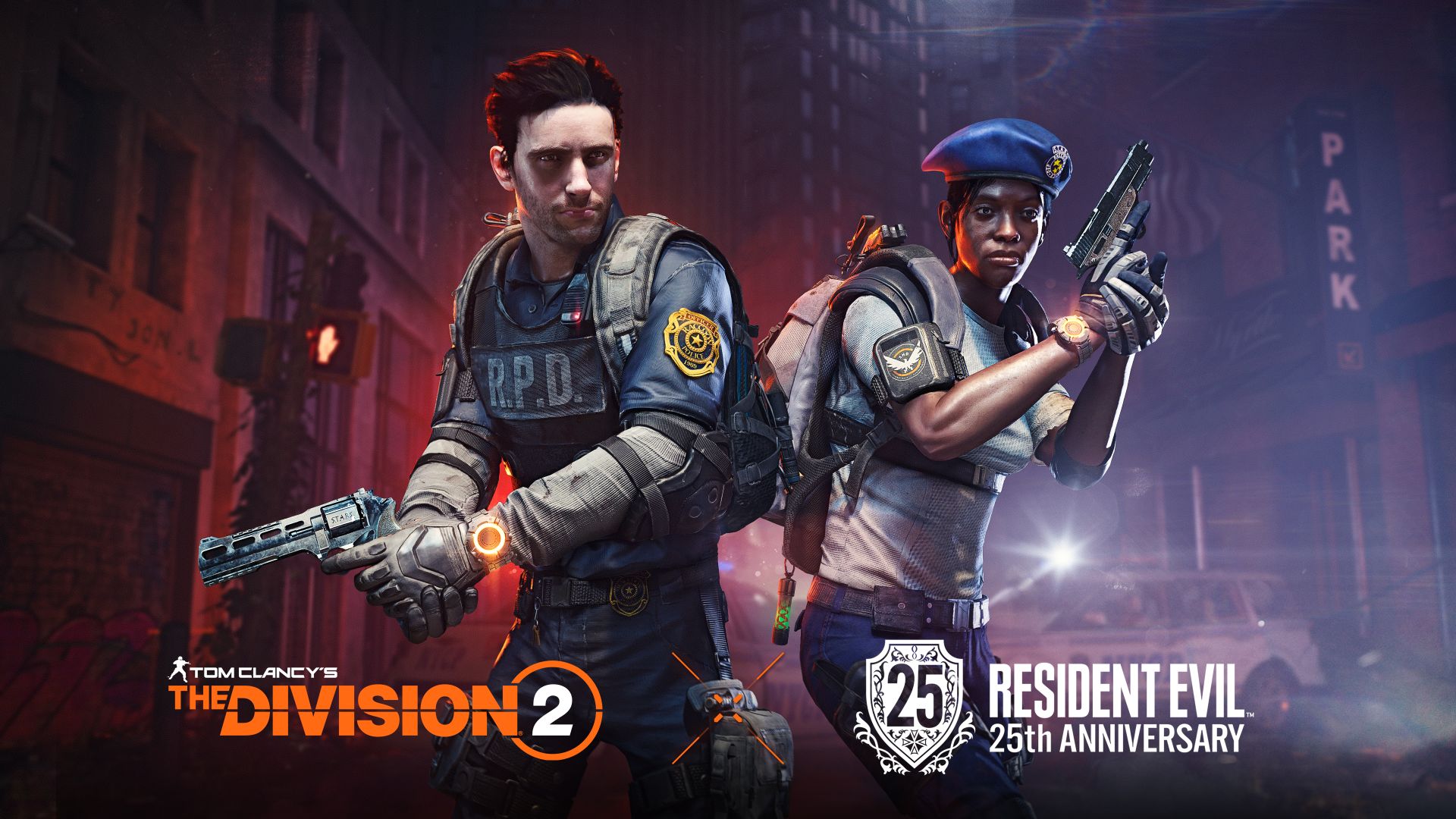 The Division 2’s Title Update 12.1 is out today and brings an unlikely crossover. A new Apparel Event focused on Resident Evil will be available to all players, providing outfits based on iconic characters from the franchise. Leon S. Kennedy, Rebecca Chambers and Jill Valentine are accounted for, among others.

Along with the outfits, there are seven new back trophies and four new patches to obtain. This can be done by completing S.T.A.R.S. Support and S.T.A.R.S. Assault projects with a new one available each day. Xbox Series X/S and PS5 players can also rejoice seeing as the update allows for playing the game at 4K/60 FPS on those platforms.

Other welcome changes include optimization costs being reduced by 75 percent while material crafting recipes for optimization have been reduced by 50 percent. The Reanimated Global Event has also been changed – the green cloud that forms upon killing foes with headshots will now heal players and provide a damage boost. Check out the full update notes here for more details.