Right now, when it comes to Star Wars in the video games industry, everyone is focused on Jedi: Fallen Order, Respawn Entertainment’s upcoming single player action adventure title. For the first time in a while, people seem to be hopeful about a Star Wars title coming out of EA- all the right elements certainly seem to be in place. With no multiplayer distractions and no microtransactions shenanigans, led by Stig Asmussen of God of War 3, fame, the narrative-driven title looks set to be the kind of epic Star Wars journey we’ve all been dreaming of for years.

But as we all well know, EA’s management of Star Wars, outside of Fallen Order, has been an absolute mess. In December of 2013, Disney signed a deal with EA that granted the publisher exclusive rights to make games based on the Star Wars license. There was a healthy amount of skepticism in the industry concerning the deal even back then, owing to EA’s less than stellar reputation, and over the years, that skepticism has proven to be not without merit.

With a string of cancelled titles and a couple of disappointing releases, it feels like EA is squandering the potential of an incredible license, and crushing any ideas for games with true potential based on rushed or frustrating decisions. But how exactly did we get here- with ten years to work exclusively on a property, surely EA could and should have been well-placed to deliver a string of excellent games, which they clearly haven’t done. Just as a teeny tiny example, with Star Wars and BioWare both under EA’s belt, many would have figured that Knights of the Old Republic 3 would have been a no-brainer, but in spite of several efforts on BioWare’s parts to make it happen, EA doesn’t seem to think of it as a good idea. Clearly, things aren’t going the way they should have. So what the hell happened?

Since EA’s acquisition of the license for a ten-year period, we’ve seen them deliver two major Star Wars releases, with a third coming out in November of this year. The first was Star Wars Battlefront, which wasn’t a bad game by any means, but felt like half a game. It had no single player campaign, and even its multiplayer component felt like it was lacking in content. Then came Battlefront 2, a game that certainly wasn’t lacking in content, but royally messed things up in other infamous ways. Thanks to EA’s need for aggressive monetization, a perfectly good game was ruined- and while Battlefront 2 has surely recovered quite a bit in the two years since its release and is now a significantly better game, in the history books, it will always be looked at as a major disappointment.

To be truthful, the Star Wars license had suffered a major blow in the video games industry even before EA tapped up exclusive rights for it. Back in 2012, LucasArts unveiled Star Wars 1313, a stellar looking action adventure title that looked like the Star Wars version of Uncharted. It looked ambitious and exciting, and millions were thrilled to see a game of its kind in development. But the game went through troubles during development, and when LucasArts was acquire by Disney, it was ultimately cancelled.

And though that was a huge disappointment, not too long afterward, hope arrived, strangely enough, in the form of a Star Wars game being developed under the management of EA, who tasked Visceral Games of Dead Space fame with creating their own single player action adventure title. Under the guidance of Amy Hennig, the creator of Uncharted, Visceral looked set to deliver the ultimate Star Wars experience, and the anticipation of what the title would surely go on to become helped soften the blow of 1313’s cancellation immensely. 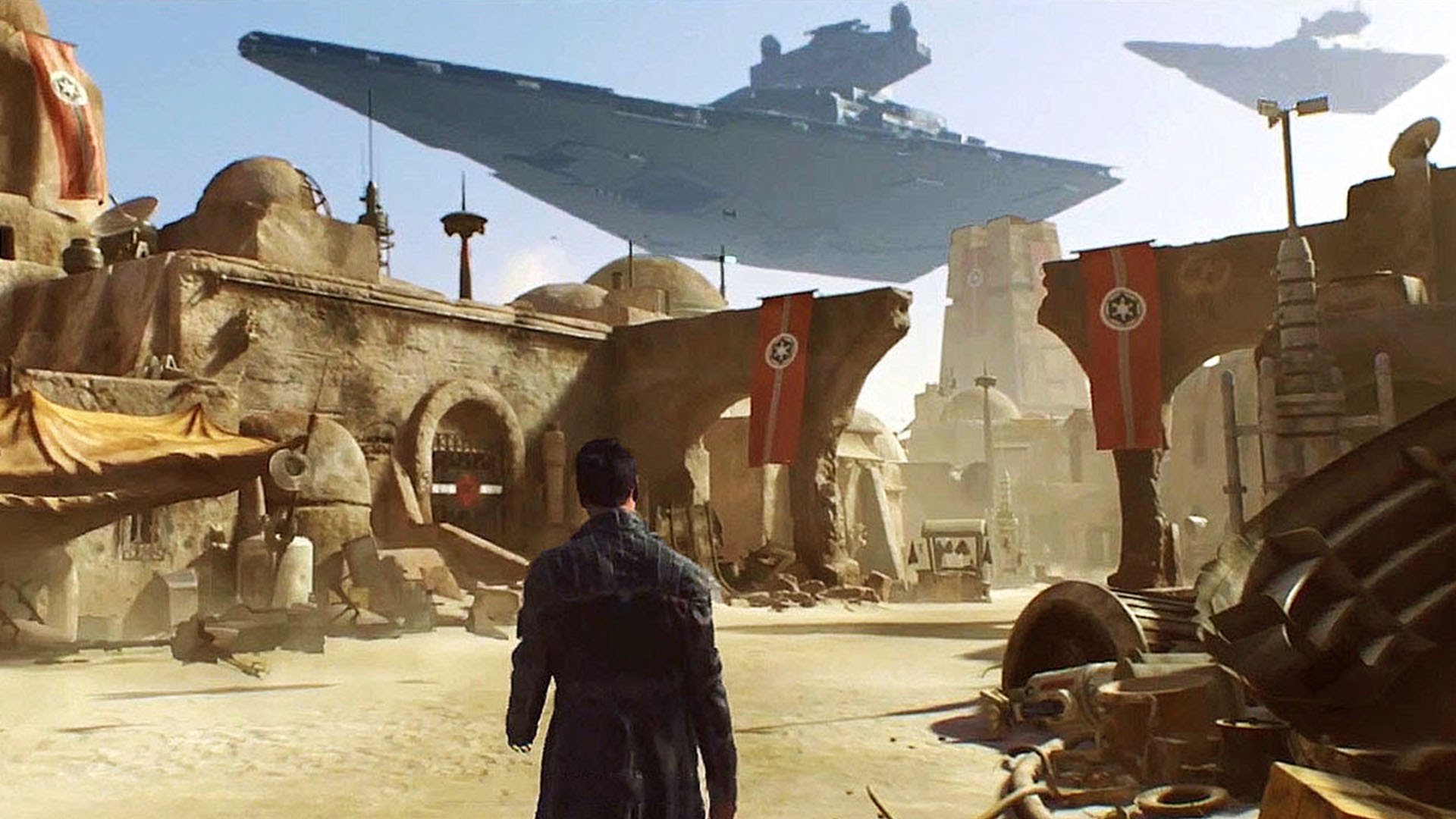 But that game didn’t last too long either. Visceral’s project, which was being developed under the codename Ragtag, was the first of several casualties in EA’s Star Wars massacre. In 2017, Visceral Games was shut down, another name in a long list of studios that have been axed by EA over the years, while Ragtag as we know it was canned.

I say “as we know it”, because the project didn’t completely die, even back then. The shuttering of Visceral was a gut punch to the entire industry, but specifically in the case of their ambitious Star Wars project, it seemed like all hope wasn’t lost yet. EA Vancouver had been assisting Visceral in the development of Ragtag, but after Visceral was shut down and Ragtag was cancelled, Vancouver picked up the pieces.

Led by Jade Raymond, the new development team took some of the work that had been done by Visceral, and morphed it into a new project- an open world Star Wars game that would still have the Uncharted-like narrative-driven elements that Ragtag was being built around. Of course, that sounded excellent- but of course, that didn’t last long either. As recently as January of this year, we heard that that project had also been cancelled.

One look at the reasons for all these cancellations is enough to tell us that EA’s decision-making process with all these projects has either been too rushed, or driven by their own shifting practices. The open world Star Wars game was cancelled because the game would have taken too long to finish development, and EA wanted to release a game much sooner. They replaced that project and diverted resources to another smaller scale project, which is currently being developed under the codename Orca, and is expected to launch in 2020.

With Ragtag, it’s become a well-known fact by now that that game, like so many others in recent years, suffered because of having to be developed using the problematic Frostbite engine, an engine which has hamstrung the development for titles like Dragon Age: Inquisition, Mass Effect Andromeda, and Anthem in the last few years.

There’s also the fact that EA had strictly mandated that single player-only titles with no monetization possibilities simply wouldn’t fly. Recently, in an interview with Eurogamer, Amy Hennig spoke about the same, saying that she was pleasantly surprised that Respawn Entertainment had been allowed to create exactly that kind of game, because when she had been working on Ragtag at EA, Visceral had been strictly told that the game would have to abide by EA’s philosophies. And we all know what those philosophies are- anything that isn’t live service isn’t worth investing it.

And to be completely honest, EA don’t deserve a lot of credit for Fallen Order either. It’s been made abundantly clear by now that the game is solely Respawn Entertainment’s vision, one that EA had nothing to do with, while there are a few other factors to consider as well. For starters, a huge chunk of Fallen Order’s development had already been done before they’d been acquired by EA, which means the game would have been largely been protected by EA’s influence, and by the time Respawn did join up with them, it would have been too far along in production to change significantly. There’s also the fact that, as Amy Hennig speculated herself in the aforementioned interview, Vince Zampella, CEO of Respawn, sits on the executives board of EA, and has a certain amount of say and authority, which he can use to protect the interests of his own studio. 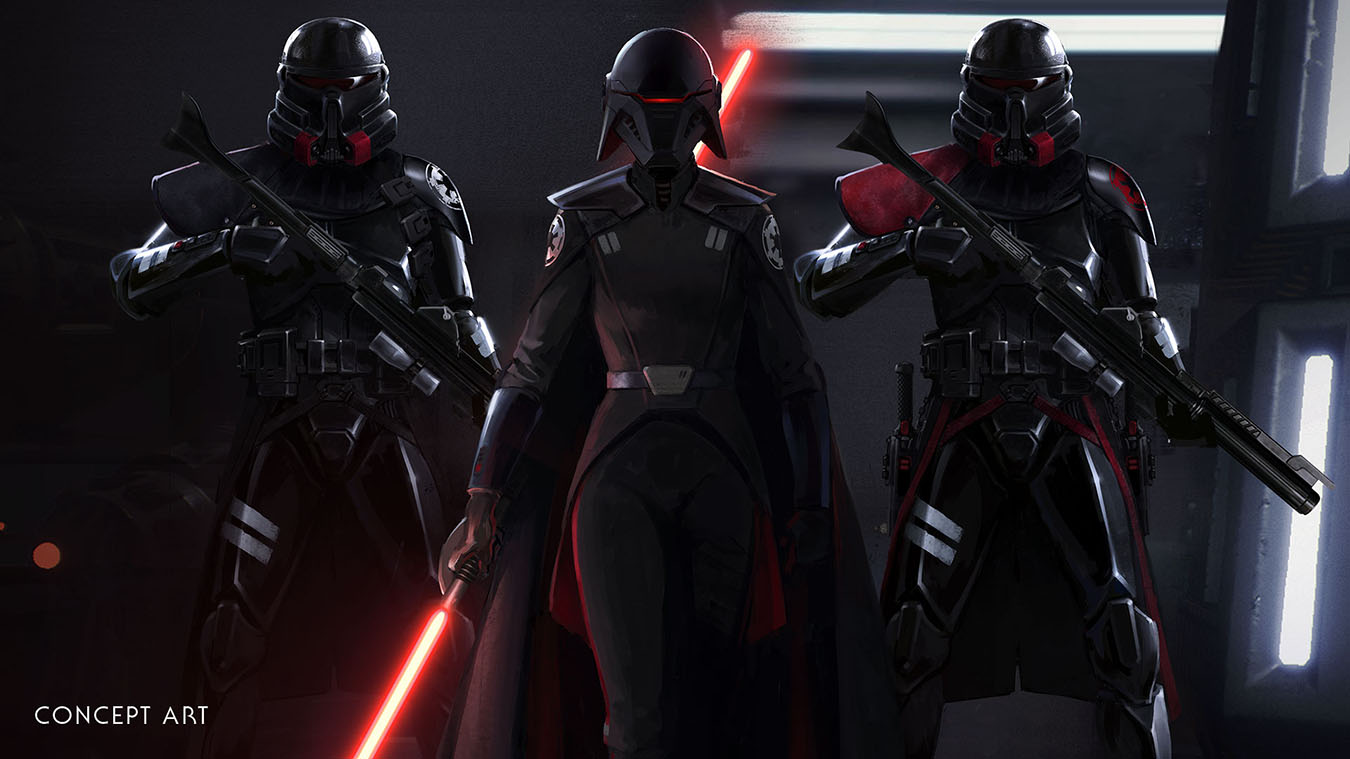 Star Wars Jedi: Fallen Order has got a lot of people very excited. We’re all looking forward to it, because it’s checking all the right boxes, and because it looks like it will deliver the kind of story-driven single player Star Wars experience we’ve all been craving for so long. But even if it turns out to be excellent – which it very well might – will anybody be congratulating EA and crediting them for its success? No, it’s fair to say that it’ll be Respawn who will get the praise- and deservedly so. Fallen Order looks excellent because we trust in Respawn, not in EA.

For now, the best we can hope for is that Fallen Order is a huge commercial success for EA- big enough that they can allow Respawn to continue exercising the level of creative freedom and autonomy that they have been doing. All the evidence suggests that this might be one of the last major big budget single player-focused titles we see coming out of EA, but if it manages to sell well enough and make EA a healthy amount of money, maybe, just maybe, they’ll greenlight more projects of this nature. There’s also the matter of Orca, the new smaller scale Star Wars project that replaced Vancouver’s open world one. It’s a game we know nothing about- here’s hoping we learn more about it soon, and that it will go against the odds and turn out to be another exciting project- one that actually gets finished and released.