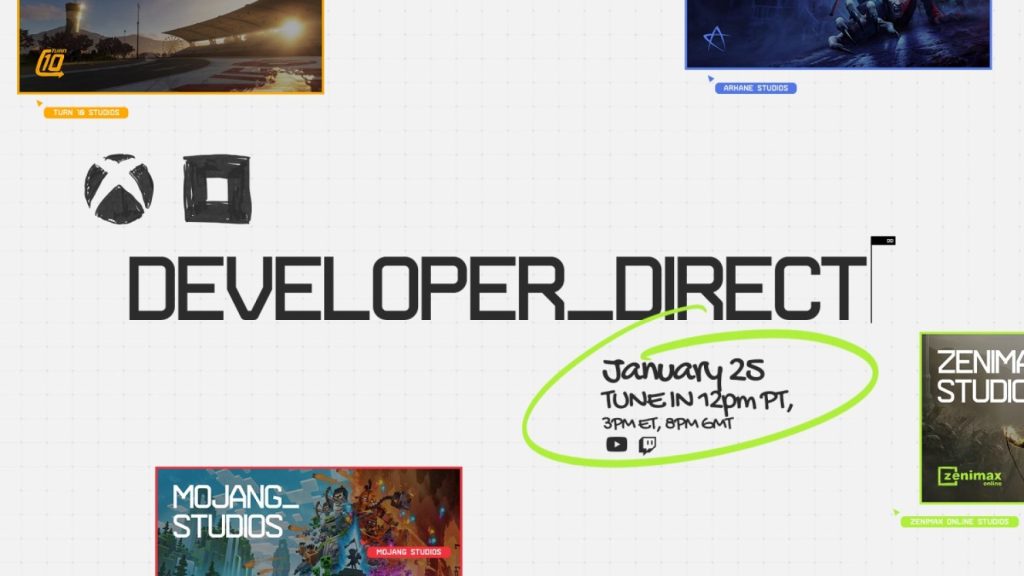 True to recent leaks, Microsoft has announced Xbox and Bethesda Developer_Direct, a games showcase dedicated to providing updates and new information on upcoming first party games and content that are in the pipeline for the coming months. The Direct will premiere on January 25 at 12 PM PT.

What can we expect from the showcase? Microsoft confirms that it will be showing off Forza Motorsport, Redfall, Minecraft Legends, and The Elder Scrolls Online.

The Elder Scrolls Online will showcase its major new Chapter update for 2023, while Forza Motorsport will show off “more gameplay and exciting new details”. Minecraft Legends, meanwhile, will showcase “an insider’s look into the PvP multiplayer experience”.

Finally there’s Redfall, Arkane’s upcoming open world FPS. You can expect to see “several minutes” of both single player and co-op gameplay and “learn more about combat, customization, bosses, the open world, and more.” Whether or not the game’s official reveal date, which is allegedly in early May, will be revealed remains to be seen.

Of course, one major name is missing from that lineup – Starfield is arguably one of the biggest releases of the year, but won’t be part of the Direct. That said, Microsoft has said that it’s working on a larger standalone showcase that will be dedicated entirely to the upcoming space-faring RPG.