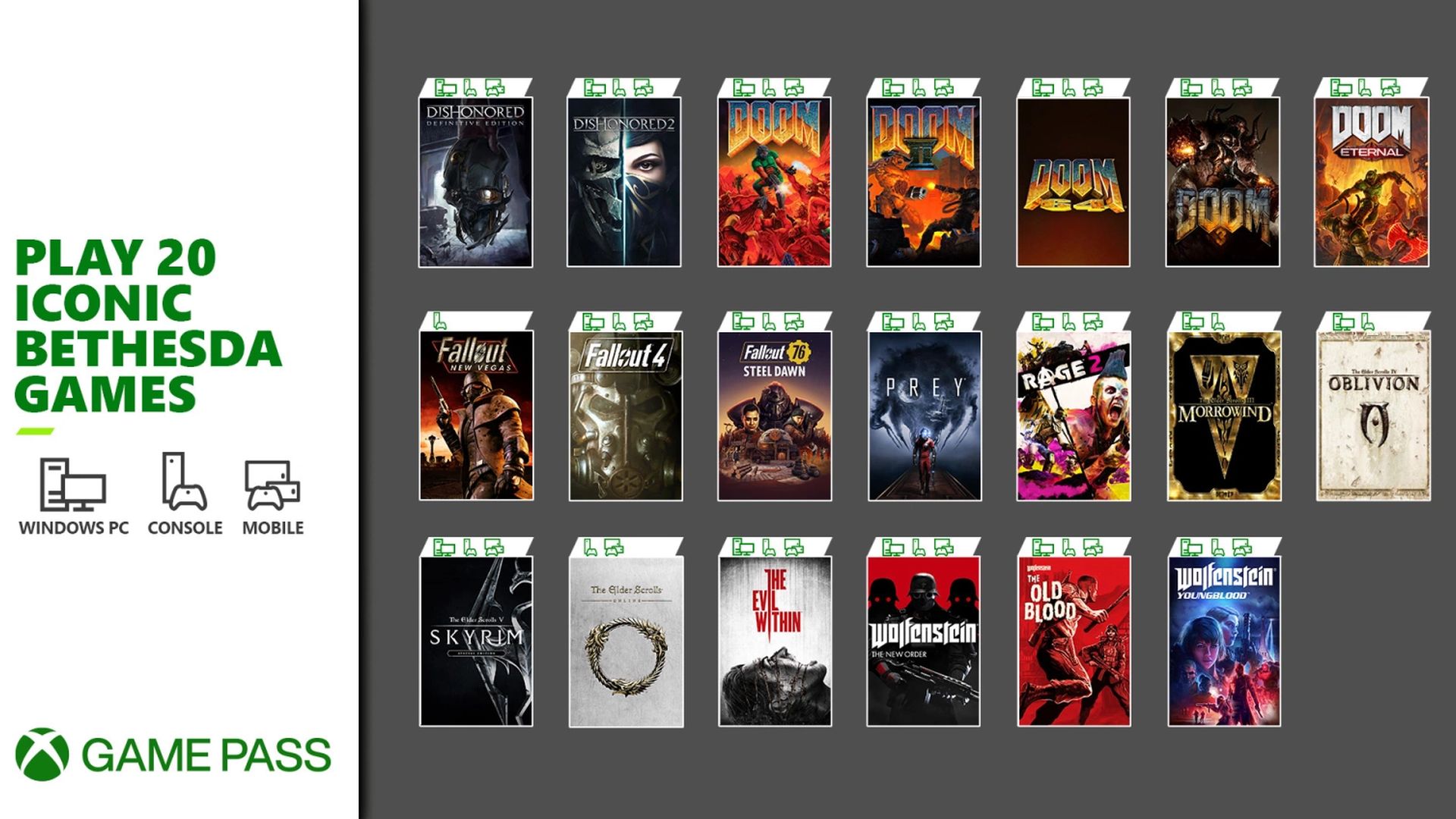 In a new Xbox Wire post, Microsoft has announced 20 games from Bethesda Softworks that will be added to Xbox Game Pass today. With a few exceptions, many of these titles will be playable on Xbox consoles, PC and the cloud. Even though The Elder Scrolls 5: Skyrim Special Edition is already available for console owners, subscribers on other platforms will be able to play it as well.

The full list is quite extensive and includes the following titles:

Prey and Fallout 4 will be returning to the service after exiting last year, though the latter is the base version and not the Game of the Year Edition. Dishonored Definitive Edition and The Evil Within are new entries while Dishonored 2 makes its return after leaving last September. It should be interesting to see if Dishonored: Death of the Outsider and The Evil Within 2 arrive on Game Pass at some point.

A roundtable discussion is currently on-going between Xbox Game Studios and Bethesda team members – find out more about that here. Microsoft has also confirmed that some future titles from Bethesda will be exclusive to Xbox and PC. Stay tuned for more details in the coming days on which ones.