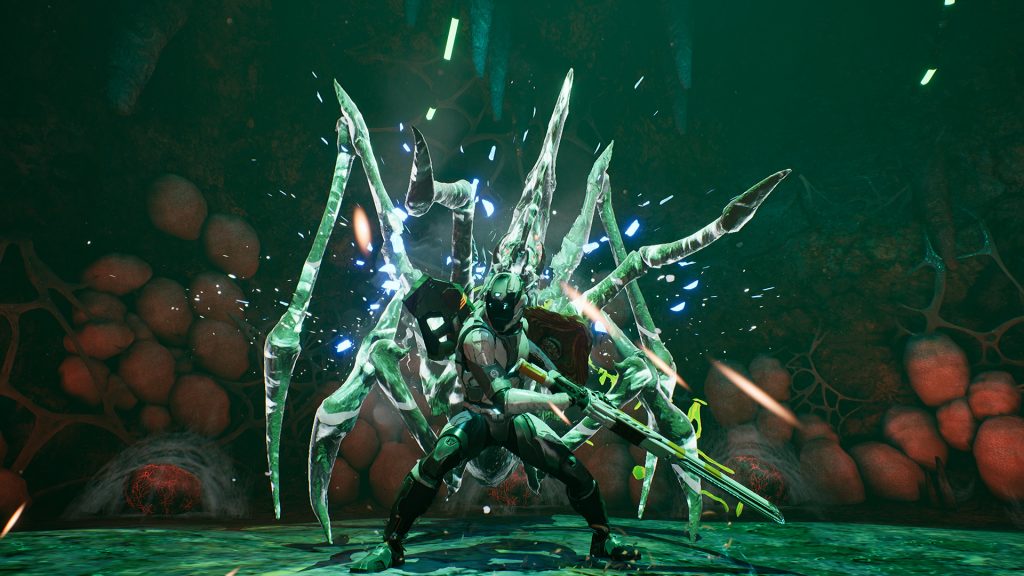 Massive Work Studio’s cosmic horror sci-fi action RPG Dolmen has had a turbulent development cycle, first beginning as a Kickstarter project back in 2018 and then later going largely radio silent. Those who’ve been looking forward to it can breathe easy though- the project is alive and kicking, and has found a publisher.

Koch Media’s new publishing label Prime Matter will publish Dolmen in 2022, though a more specific release date of the game has yet to be announced. A new trailer re-announcing the game has also been released, and it shows glimpses of its gameplay, locations, enemies, and more. It’s looking like a curious cross between H.R. Giger and Dark Souls. Take a look below.

When Dolmen launches in 2022, it’ll be available for PS5, Xbox Series X/S, PS4, Xbox One, and PC. Stay tuned to GamingBolt for more updates on the game.

Prime Matter have recently announced and provided updates on a number of other upcoming games as well, including The Chant, Encased, Echoes of the End, Final Form, CrossFire: Legion, The Last Oricru, Scars Above, and more.