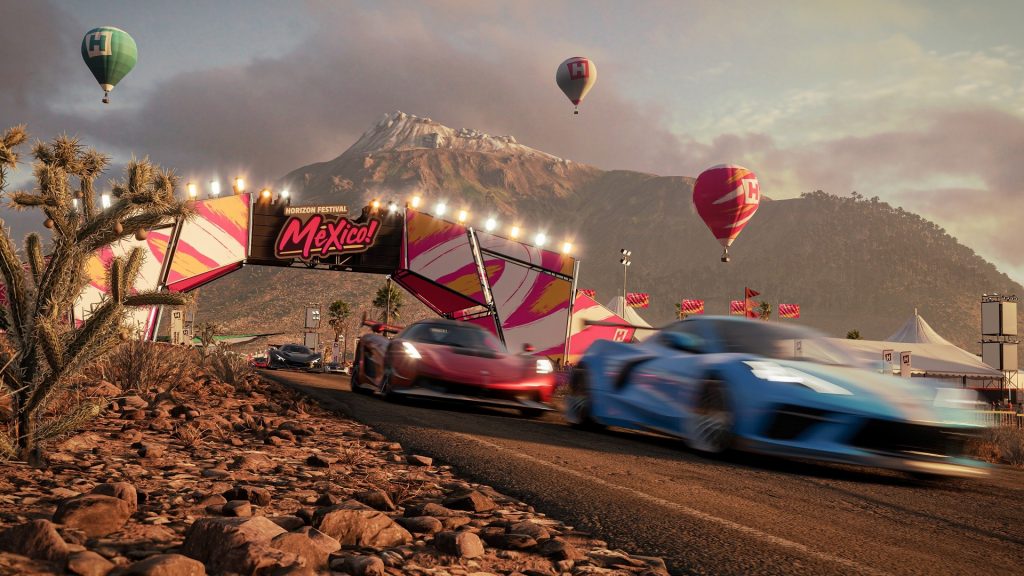 Leaks had been alleging that Forza Horizon 5 would be set in Mexico for some time, and that was officially confirmed when the game was unveiled at Microsoft’s E3 presser. What stood out in the gameplay that was shown off for the open world racer was how diverse its environments were, with the developers stating that it will have the biggest and most diverse open world ever in Forza history.

So why exactly did Playground Games go with Mexico? Well, it was exactly so that they could achieve that size and that level of diversity in the game’s open world. Speaking during a recent livestream (which you can view in full below), creative director Mike Brown explained the same.

“Mexico is a country which is almost like the whole world in one country,” Brown said (transcribed by Pure Xbox). “It’s got snowy mountains, epic canyons, beautiful historic cities, stunning coastlines, jungles, rolling hills, farmland, multiple different types of desert… it just has everything and then you add on top of that the fact that it has this culture that’s known and loved all around the world, the art, the music, the people, there couldn’t be a more exciting option for the Horizon festival than Mexico.”

Brown also spoke about how Playground decides on the setting for each game, how those decisions other elements of each entry – such as its roster of vehicles and what activities you will be taking part in – and why, for Forza Horizon 5, Mexico made the most sense in that context.

“The question we deliberate on the most is what location is the Horizon festival gonna to go to for each game,” he said. “We start thinking about it at the start of development of a new Horizon title and we spend a really long time making that call. It has all these kind of trickle-down for the rest of the game, like the cars that you’ll pick, the type of racing that you do, the music that you go with… so it has really far-reaching ramifications so you need to make sure you make the absolute right decision.

“Right from the start, we knew that we wanted to make the biggest Horizon ever and you don’t get that far down that path before you realise there’s no point making the biggest ever unless it’s also the most diverse because otherwise, you’re just adding more of the same.”

We’re going to be able to explore this open world not long from now, when Forza Horizon 5 launches on Xbox Series X/S, Xbox One, and PC on November 9. On Xbox Series X/S, it will also feature a 60 FPS Performance mode. Minimum system requirements for PC have also been revealed. Meanwhile, the Deluxe and Premium Editions for the game have also been detailed.