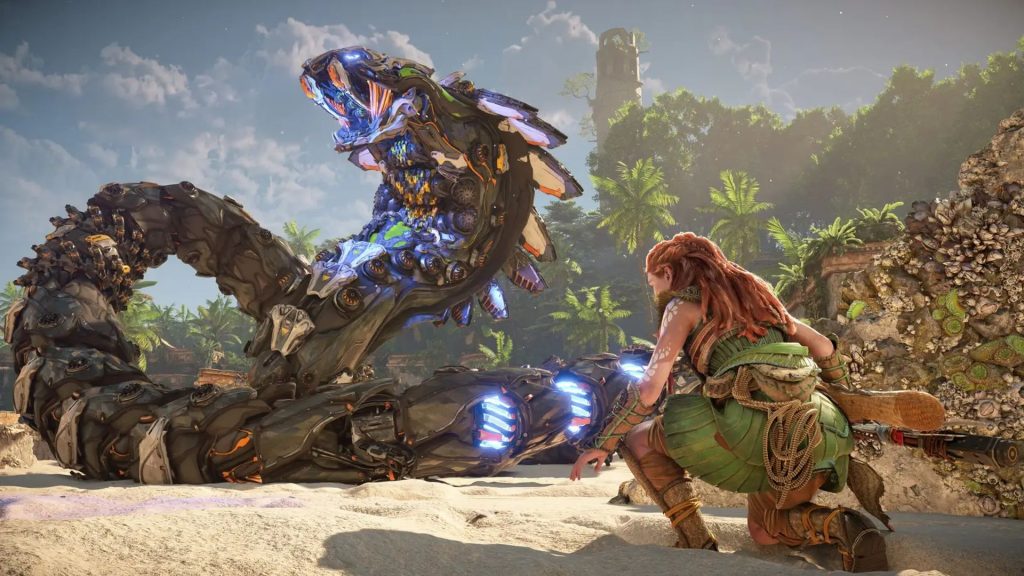 Though it wasn’t widely advertised, the first official PS5 bundle featuring Horizon Forbidden West is now available. Thanks to its release, Guerrilla Games’ open world action RPG has topped UK physical charts with sales up by 94 percent week on week, according to Gfk (via GamesIndustry).

Other PS5 titles saw a boost in sales thanks to the influx of additional PS5 stock. Gran Turismo 7 is in tenth place with sales rising by 38 percent while Ratchet and Clank: Rift Apart is in 15th place with sales increasing by a whopping 275 percent. Nintendo Switch Sports has dropped to second place after three consecutive weeks on top with sales dropping by 37 percent week on week.

LEGO Star Wars: The Skywalker Saga fell to third place with a 30 percent drop in sales. Evil Dead: The Game, which debuted in fifth place last week, dropped to 12th place with sales decreasing by 51 percent. This week’s only debut was Vampire: The Masquerade – Swansong which debuted at 20th place. Check out the full top ten for the week ending May 21st.