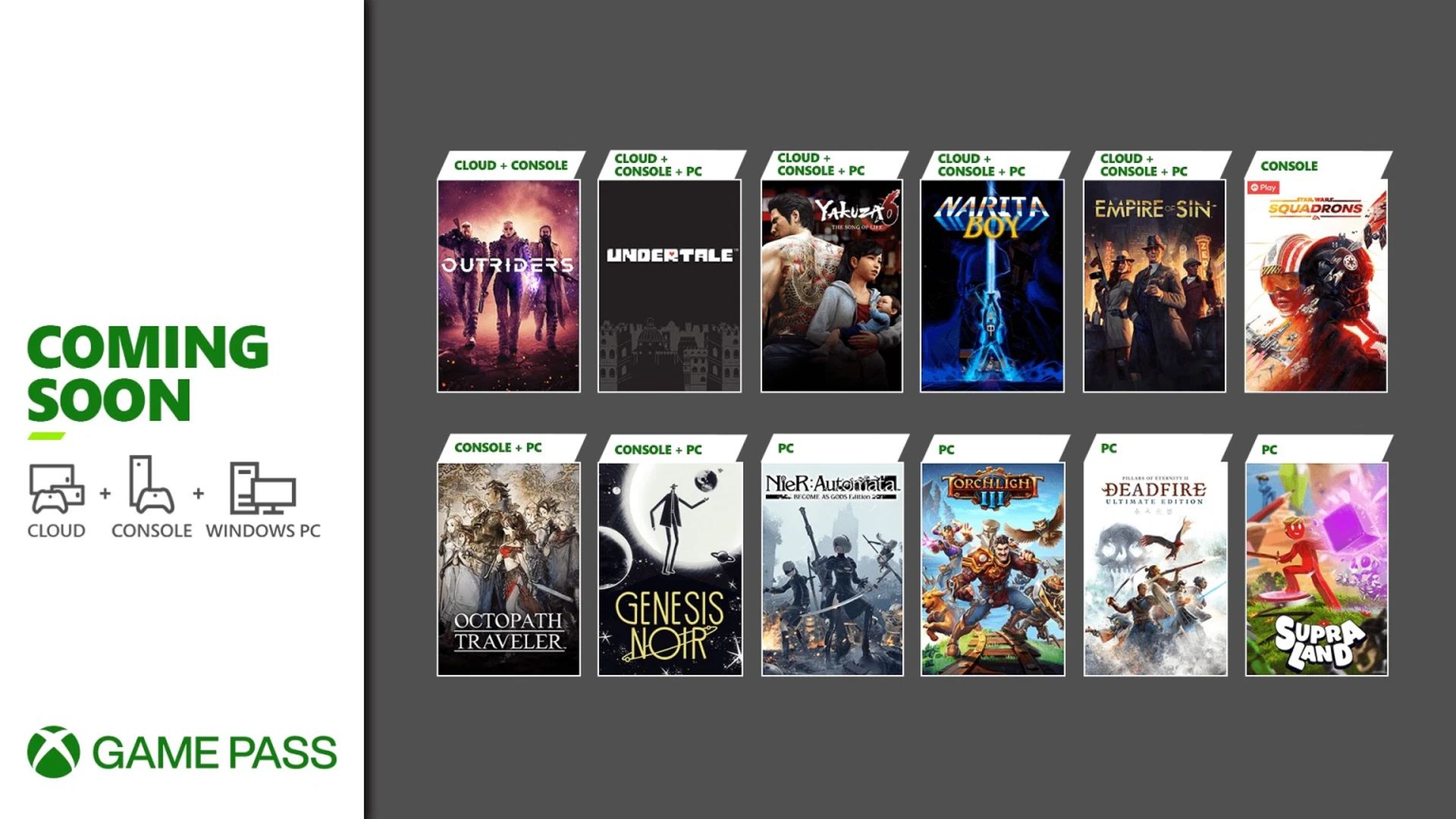 Even after adding 20 Bethesda titles to the service, Microsoft has even more games coming to Xbox Game Pass. It announced that Empire of Sin would be available for Xbox consoles, PC and Android devices via the cloud on Mach 18th along with NieR: Automata and Torchlight 3 on PC and Star Wars: Squadrons on consoles.

Next week is even more interesting as Square Enix’s Octopath Traveler arrives for Xbox consoles and PC on March 25th. This will mark the RPG’s debut on Xbox One after previously releasing for Nintendo Switch, Google Stadia and PC over the years. Galactic-scale adventure title Genesis Noir will also be available on console and PC along with Pillars of Eternity 2: Deadfire – Ultimate Edition and Supraland for PC on the same day.

But that’s not all as Sega’s Yakuza 6: The Song of Life also comes to Xbox, PC and cloud on March 25th, followed by pixel platformer Narita Boy on March 30th for the same. As announced yesterday, next month’s Game Pass offerings begins with People Can Fly’s Outriders coming to Xbox and cloud (but not PC) on April 1st. Stay tuned for more details on other titles in the meantime.