"Star Citizen IS a PC game."

Star Citizen Gets 82 Minute Long Video Looking Back on Project

Chris Roberts takes us back to where it all began. 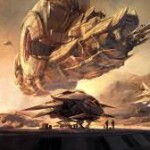 A new generation of consoles is helping to breed new types of Massive Multiplayer titles. 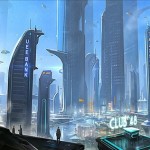 Chris Roberts on Crowd-Funding: Gamers “Don’t Have Input on How Call of Duty’s Being Made”

The industry veteran talks about the benefits of crowd-funding for both the industry and gamers.

Chris Roberts: “Next Generation of Consoles Won’t Be As Big As Last Generation”

The closed structure of consoles and openness of PCs debate comes up again.

Chris Roberts talks about keeping fans in the loop and delivering a fun experience.

Chris Roberts' upcoming space-sim, funded through his site and Kickstarter, is rolling in it.

PC isn’t being pushed the way it used to, consoles are the culprit – Star Citizen Creator