This week offers some decent rolls for Hawkmoon and Dead Man's Tale along with the Holdfast armor set and new Legendary Weapons.

A potential name for the shooter's next season, which is set to go live on May 24th, has been discovered in Bungie's CMS.

Worthwhile rolls for Hawkmoon and Dead Man's Tale are also available along with the Seventh Seraph set and new Legendary weapons.

The new Legendary SMG now drops randomly when turning in medallions - the more valuable the medallion, the higher the drop chance.

Titans, Hunters and Warlocks once again compete to see which class is the best (or the most capable of grinding out medallions, at least).

This week's Dead Man's Tale roll is a must-have. The Praefectus armor set is also on sale along with some new Legendary weapons.

Partake in different activities and earn medallions. Grind out the Guardian Games Competitive playlist and earn new rewards like The Title SMG.

Yet another Quickdraw Hawkmoon and a Dead Man's Tale with Fourth Time's the Charm await along with Legendary armor is from Season of the Splicer. 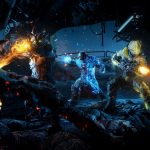