Players can choose from different paint colors across multiple categories, pick out numerous preset decals and resize them accordingly on their cars.

Series producer Kazunori Yamauchi talks up Gran Turismo 7's roster of vehicles, which will include over 400 cars from across the past, present, and future of automotive history. gran turismo 7, polyph...

Kazunori Yamauchi talks about the beauty of cars, collecting and customizing them, and how the game's theme reflects these aspects.

Players will be able to upgrade and customize their cars in the Tuning Shop using Brembo components, among other things.

The Porsche 917K, the 917 Living Legend, and various Porsche cars returning from Gran Turismo Sport are shown off in a brief new trailer.

The DualSense also allows for precision steering that one could only achieve with a steering wheel, as per creator Kazunori Yamauchi. 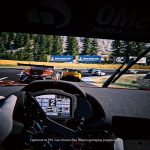 What looks like a test promotional beta campaign on the Experience PlayStation website may have spilled the beans for an upcoming beta for the racing sim. 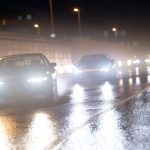 But you have to be really good.

Kazunori Yamauchi Wants to Keep Making Gran Turismo – And Do Something New, Too

Gran Turismo's creator is fantasizing about creating something "more real than reality."