OlliOlli Developer’s ‘Not A Hero’ Launches on PC This May

Releasing on PS4 and PS Vita later this year.

OlliOlli Coming to Xbox One, 3DS, and Wii U in March

Grind those rails some time in March.

OlliOlli Landing On Xbox One, Wii U & 3DS Early Next Year

The most addictive side-scrolling skater since Tony Hawk landed on GBA.

OlliOlli 2 Announced for PS4 and Vita 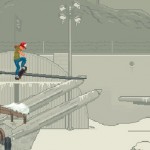 Complete the first five levels of Urban and Junkyard levels in this video walkthrough for OlliOlli.

PS4’s GPU Is A Beast of A Processor, API Is Strong And Straight Forward

The Director at Roll7 gives his thoughts about the PlayStation 4 and Sony's help in understanding the console's API.

Simon Bennett, Director at Roll7 gives his take on the resolution and frame rate debate between PS4 and Xbox One. 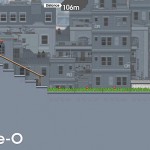 OlliOlli Coming To PS4 And PS3 This Summer