Once a thief, always a thief.

Thief Dev on Next Gen Console Games: “If It’s Not Fun, Then We’ve Failed”

Eidos Montreal Wanted Thief “To be More Grounded” Than Dishonored

Going for a "more nuanced" approach as far as thieving goes.

The world of Thief comes to gritty life.

What's yours will become his soon enough.

Game director Nick Cantin tells us everything to know about the new mechanic.

In spirit, but not in function, it would be really cool to see the following evolved further. 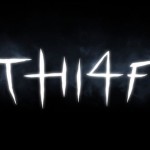 Thief 4 Releasing in 2014 for Next Generation Platforms

The long-awaited sequel has finally been revealed. 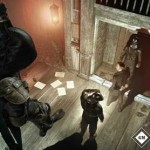 There are long shots - and then there are dreams that come true.

Eidos Montreal wants Thief 4 to be just as good or better than Deus Ex: Human Revolution

Eidos Montreal, the studio behind the fantastic Deus Ex: Human Revolution has two teams and one of them is currently developing Thief 4. The game has been a mystery so far and didn't appear at E3 t... Read More

Eidos: We are treating Thief 4 like a new IP

Eidos' GM Stephane D’Astous has mentioned in an interview with OXM that they are taking a new IP approach with Theif 4 and it is just like as they developed Deus Ex: Human Revolution. "We have m... Read More 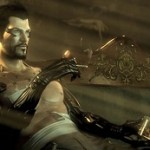 Eidos general manager, Stéphane D’Astous, has said something that many people would disagree with, and while there is a good scope for discussion here, the thought of having no new IPs next-gene... Read More 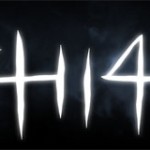 Thief 4: 10 Ways It Can Better Its Pedigree

Despite the mixed reception of his latest project, Epic Mickey, Warren Spector is a man genuinely adored by the gaming populace. Of all the games he's been involved in, few yield such fan devotion as ... Read More 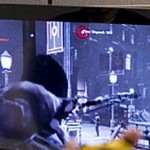 No, it's not a high-res one and you can barely make out what's happening. The image was discovered by Strategy Informer and you can have a look at it over here. As you can see, the most stri... Read More 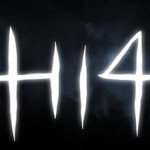 Thi4f 4 and Battlefield 3 set to get GDC reveal

GDC organisers have confirmed that it'll play host to the first public presentation of Thief 4 this year. Eidos Montreal’s Paul Weir will “argue for the benefits of using generative music in ga... Read More

While the existence of Thief 4 has been confirmed, there's literally nothing more we know about it, including the systems it is intended for, as well as its release date. Now, one of that mysteries l... Read More