The Left 4 Dead-inspired co-op first person shooter is due out for PlayStation, Xbox, and PC in less than two weeks. 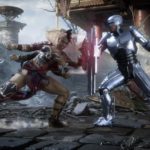 Turtle Rock Studios also acknowledges under-performing bot AI in the beta and notes that they'll be smarter on launch day.

Back 4 Blood Has Gone Gold

The co-op zombie shooter is on track to release October 12th for previous and current gen platforms. Its open beta returns today for all players.

Back 4 Blood Beta Runs at 4K/60 FPS on PS5 and Xbox Series X, as Per Analysis

A tech analysis finds that there's very little to separate the Back 4 Blood beta's PS5 and Xbox Series X versions, with the Xbox Series S version running at 1296p.

The beta will feature two maps each from the campaign and PvP, several playable Swarmers and Cleaners, and much more.

As long as the party leader owns a paid content drop in PvE, it will be playable for everyone else. PvP cards will also be available to all players.