News For Skull and Bones

Ubisoft's relentlessly delayed and rebooted open world pirate adventure is apparently in "a decent spot" where development is concerned.

Ubisoft is Shifting Away from Releasing 3-4 AAA Titles a Year, Expanding Focus on “High-Quality” Free-to-Play Games

Releasing 3-4 AAA games every year is "no longer a proper indication of our value creation dynamics," says CFO Frederick Duguet.

Ubisoft says that production has been "advancing well over the past 12 months."

The company is looking to move away from its reliance on AAA releases.

Skull and Bones Studio Managing Director Has Been Removed

Hugues Ricour has left Ubisoft Singapore but will remains an employee of Ubisoft.

Skull and Bones Development in “Full Swing With New Vision”, More News in 2021

Revealed in 2018, the naval combat title is still a ways from release.

What can we expect from their show? Watch Dogs? Skull and Bones? ...Splinter Cell? 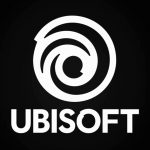 The publisher has confirmed that it has multiple AAA releases planned for the next fiscal year, but wouldn't go into what those games will be.

Team up with other scurvy dogs and rob the oceans of their coin.

Skull and Bones Delayed to Next Year

It was originally due out later this year.

But there's very little of it, and it is all off screen.

Skull and Bones Will Have A ‘Systemic, Shared World Narrative’; Ubisoft Does Not Confirm Traditional Single Player Campaign

"For it to be a, you know, a one-off campaign that's consumed, would be a shame."

Skull and Bones May Not Release For Nintendo Switch

Ubisoft Singapore hasn't "really talked too much" about it.

Skull and Bones Is Going To Be A Long Term IP; Ubisoft Has Seen ‘Unprecedented Demand’

Ubisoft leading the Games as a Service charge again.

Far Cry 5 expected to have "significantly higher potential" than Primal.

Ubisoft’s Skull and Bones Will Have Narrative Campaign